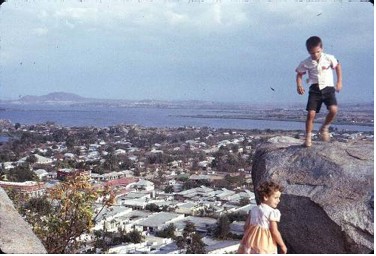 Musoma is a large town (by Tanzanian standards) on the eastern shores of Lake Victoria, about 100 km from the world famous Serengeti Wildlife Park. Up until the 60s and during the colonial times, a community of about 1000 Asians lived there along with a few hundred Europeans and several thousand Africans. The expatriate communities provided the skilled labour force and ran most of the businesses and professions. The town thrived on gold mines, dairy produce, fish, agriculture, sisal and other small scale industries. Following independence in 1961 (Tanganyika was a British Protectorate) as with other neighbouring African countries, most of the Asian and European communities (many of whom were born in Tanzania) emigrated to the UK, North America or other parts of the world.

At the new abode, the people of Musoma have prospered. Many have climbed to dizzy heights! However, four decades later overseas Musomians seem to retain the love and the friendship for the town and the people from which they emigrated. This has culminated in several reunions (sponsored by Firoz Kassam, a prominent ex- Musomian businessman based in London and Monte Carlo). The largest reunions were in 2002 (London) and 2005(Toronto) with combined attendance of 600-700 people. Both the reunions lasted for 3 days and led to benevolent pledges to help those in need in Musoma. These pledges kick started the projects in hand.

I have been involved with the following projects. The funds have been raised from various sources. The principal contributors to date are Overseas Musomians (2002), Britain-Tanzania Society (TDT), Central London Dental Study Group, Anglo-Asian Odontological Group (AOG is based in the UK), Bri tish Dental Association (Southern Counties, British Society for General Dental Surgery) and Dentists from London University (VT Schemes). The following is a summary of projects completed or in hand.

If any individual or institution wishes to give financial or other assistance with this, please kindly contact write to me at Dr M Vasant MBE at 1210 London Rd London SW16 4DN. All funds are channeled through the Tanzania Development Trust which is a registered charity 270462 in the UK. Every penny raised is used for charity and funds are disseminated very carefully. It is noteworthy that, in the following projects, to date, no allowance (not even for travelling or any other reimbursement) has ever been claimed by or paid to any volunteer. Any expense incurred by the volunteers has been borne by the individual concerned.    Dr Manjul (Manny) Vasant MBE    London UK

At OMs we are committed to charitable work in Musoma, Tanzania.

Our current fundraising projects are for the Musoma Hospital and schools.